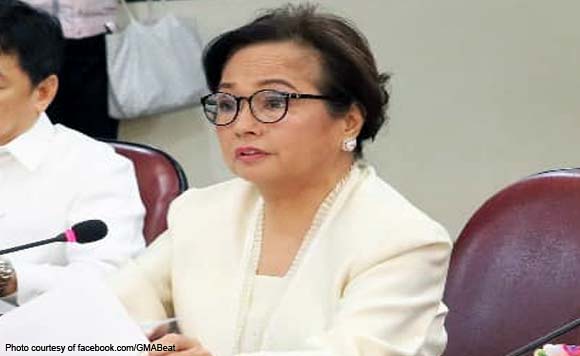 Former President Gloria Macapagal Arroyo’s decision to return to the House of Representatives as congresswoman of Pampanga’s second district was prompted by her desire to help the country and her constituency, a lawyer representing her said.

Lawyer Paul Maglalang, who represented Arroyo in the filing of the certificate of candidacy on Friday, said Arroyo was seeking a fresh congressional term to be able to “help Kapampangans and the country as a whole,” according to a Sun Star Pampanga report.

“She is healthy and in good condition but she just taking safety precautions that is why we represented her in the filing of the certificate of candidacy,” Maglalang said.

Arroyo was nominated by Lakas-CMD, of which she is the president emeritus.

Arroyo served three consecutive terms as Pampanga representative and became Speaker of the House from 2018 to 2019.

Politiko would love to hear your views on this...
Spread the love
Tags: Gloria Macapagal Arroyo, House of Representatives, Pampanga
Disclaimer:
The comments posted on this site do not necessarily represent or reflect the views of management and owner of POLITICS.com.ph. We reserve the right to exclude comments that we deem to be inconsistent with our editorial standards.