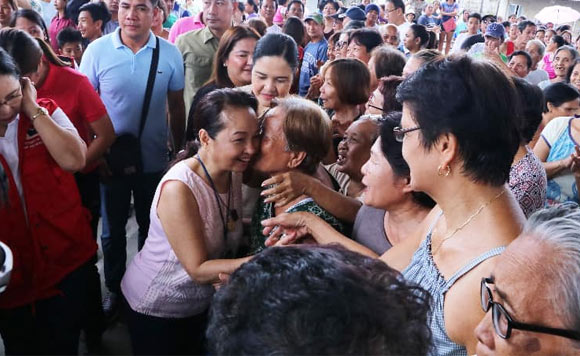 On Friday, August 17, the former president turned Pampanga 2nd District representative distributed relief goods to around 500 families in her hometown Lubao in Pampanga. Lubao was one of the areas affected by heavy flooding due to the southwest monsoon that recently hit the Philippines.

Other politikos who joined Arroyo were Lubao Mayor Mylyn Pineda-Cayaba and representatives from the Department of Social Welfare and Development.

Politiko would love to hear your views on this...
Spread the love
Tags: 2nd District, Lubao, Pampanga, Speaker Gloria Macapagal-Arroyo
Disclaimer:
The comments posted on this site do not necessarily represent or reflect the views of management and owner of POLITICS.com.ph. We reserve the right to exclude comments that we deem to be inconsistent with our editorial standards.