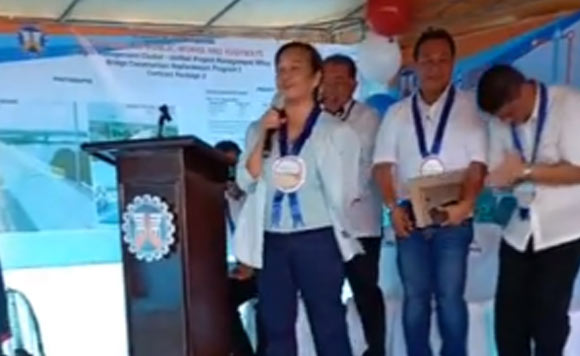 Speaker Gloria Macapagal-Arroyo attended the inauguration of the three-bridge systems in Minalin, Pampanga and Samal, Bataan on Thursday, September 6.

“The flood and earthquake-resistant bridges are expected to bring growth in Pampanga and Bataan through safe and reliable roads,” said Arroyo on Facebook.

Politiko would love to hear your views on this...
Spread the love
Tags: 2nd District, Bataan, Minalin, Pampanga, Speaker Gloria Macapagal-Arroyo
Disclaimer:
The comments posted on this site do not necessarily represent or reflect the views of management and owner of POLITICS.com.ph. We reserve the right to exclude comments that we deem to be inconsistent with our editorial standards.