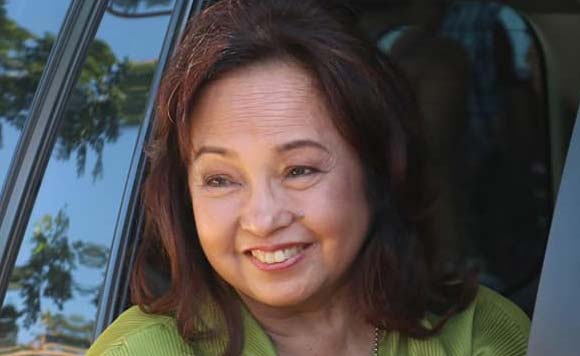 For the first time in 32 years, former President Gloria Macapagal-Arroyo will be out of public service which means more time for stuff she really wanted to like playing housekeeper at her La Vista mansion.

“My house is the center of my life because I want to be a good housekeeper… I hold office here. I try to hold meetings between 10 a.m. and 3 p.mm so that before or after, I can do desk work or house work,” said Arroyo in an interview with Martin Nievera on his ANC show.

Being a “career girl” all her life – she was appointed Trade undersecretary in 1987, won a Senate seat in 1992, won as vice president in 1998, became president in 2001, and elected for three terms in the House since 2010 – Arroyo said always wanted to micromanage her mansion (“I want always spic and span” “Make sure everything needs to be repaired has to be repaired within the day”) and play host to her family, friends and allies (“I would like to entertain where everything is perfect”).

During her me time, Arroyo admitted to binge watching on Netflix and bared her fascination with action star Jacky Chan. “He made a 100 movies so I’d probably end up watching all of them. He is so funny. Aside from being a good action star, his sequences are classic. I think its’ difficult to be a comedian, it’s easier to be a drama star,” she said.

Arroyo revealed that her family was planning a grand Safari tour soon which she said was just next to the number one on her bucket list – a trip to the Amazon. “I want to see the vastness of the biggest jungle in the world,” she said.

But her biggest frustration was not being able to play her favorite sport – golf – because of her back and neck injury. “I wish I could take up golf. I had surgery for cervical spine and I’m still suffering from it. If I want to look at the back, this is as far I can go…if I look left, my whole body must go, too. In golf, you have to look down,” said Arroyo. But this hasn’t stopped her from swaying her hips to Zumba dance workouts. “There’s no conflict, they (Zumba instructors) do not give us exercises where I have to strain my cervical spine, they know that,” said Arroyo.

Politiko would love to hear your views on this...
Spread the love
Tags: Gloria Macapagal-Arroyo, House Speaker Gloria Macapagal-Arroyo, Jacky Chan, Martin Nievera
Disclaimer:
The comments posted on this site do not necessarily represent or reflect the views of management and owner of POLITICS.com.ph. We reserve the right to exclude comments that we deem to be inconsistent with our editorial standards.