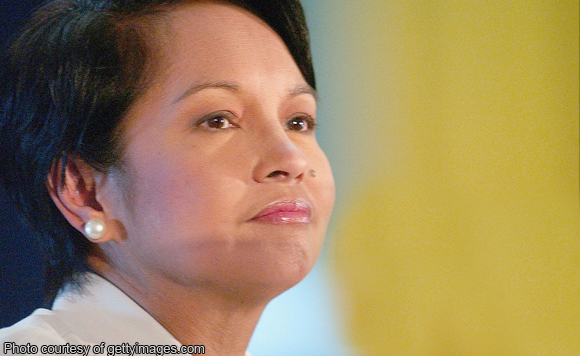 Pampanga 2nd District Rep. Gloria Macapagal-Arroyo has passed a bill, if enacted, will allow dual citizens to run for elective offices without renouncing their foreign citizenship.

The lady politiko’s proposed law, formally known as House Bill 427, seeks to amendment of Section 5 of Republic Act No. 9225 or the Citizenship Retention and Re-acquisition Act of 2003.

Arroyo added that while Filipinos who have acquired foreign citizenship are granted the privilege to be reinstated as Filipino citizens, they are given the “disincentive” of renouncing the other citizenship status if they run for public office.

“To them, it is irrelevant and out of context since it clearly discriminates against Filipinos living abroad. It also belittles their strategic role in sustaining the national economy through their hard-earned money in the form of remittances,” she explained.

According to Arroyo, retaining such provision in Republic Act 9225 also affects their “long time proven linkages with several Filipino organizations.”

“As catalyst of development in the Philippines, it would be a disservice to our kababayans abroad if they are not accorded the same rights as those staying in the country,” she said.

Under House Bill 427, persons who are dual citizens may run for public office or may be appointed to the government and will no longer be asked to renounce any and all foreign citizenship before they can be sworn in for the job, so long as they meet the constitutional requirements of the position.

For appointees, they will only be required to subscribe and swear an oath of allegiance to the Republic of the Philippines.

“While present laws allow them to exercise their right to vote and make their voice heard in Philippine elections, it is only fair if they are given the chance to participate in local elections and be appointed to public office without (jeopardizing) the citizenship they have acquired from their host country,” Arroyo said.

Politiko would love to hear your views on this...
Spread the love
Tags: Citizenship Retention and Re-acquisition Act, dual citizens, Filipino, foreign citizenship, Gloria Macapagal-Arroyo, Pampanga
Disclaimer:
The comments posted on this site do not necessarily represent or reflect the views of management and owner of POLITICS.com.ph. We reserve the right to exclude comments that we deem to be inconsistent with our editorial standards.