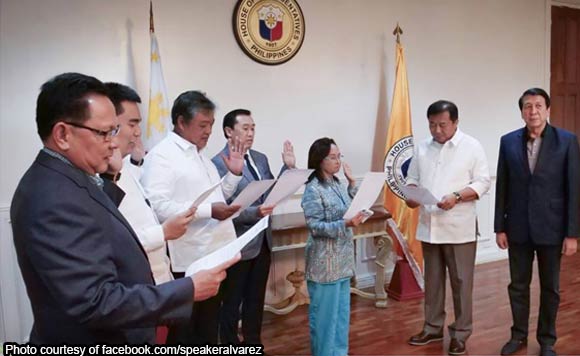 “My joining the PDP-Laban is to consolidate support for the President,” Arroyo said in a statement. “It is a matter of course as we have been talking about this for quite sometime.”

Arroyo served as deputy speaker for Central Luzon until March 2017, but was removed from the post when she opposed the death penalty bill.

Arroyo belonged to the Lakas-Christian-Muslim Democrats (Lakas-CMD) for 20 years. Yap transferred from the Nationalist People’s Coalition (NPC), while Romualdo was a Liberal Party member who then jumped to Lakas-CMD before joining PDP-Laban.

Arroyo, Yap and Pangandaman took their on Wednesday inside the Speaker’s Hall at the House of Representatives.