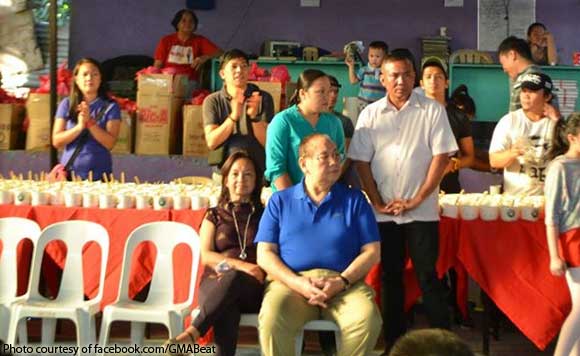 The Arroyo threw a party for 500 children in Barangay Pansol, Balara, Quezon City.

The kids enjoyed sandwiches and lugaw and were treated to games, a special show, raffle prizes, and goodie bags.

Politiko would love to hear your views on this...
Post Views: 1
Spread the love
Tags: Balara, Barangay Pansol, Deputy Speaker Gloria Macapagal-Arroyo, Doña Lulu Tuason Arroyo, Quezon City
Disclaimer:
The comments posted on this site do not necessarily represent or reflect the views of management and owner of POLITICS.com.ph. We reserve the right to exclude comments that we deem to be inconsistent with our editorial standards.