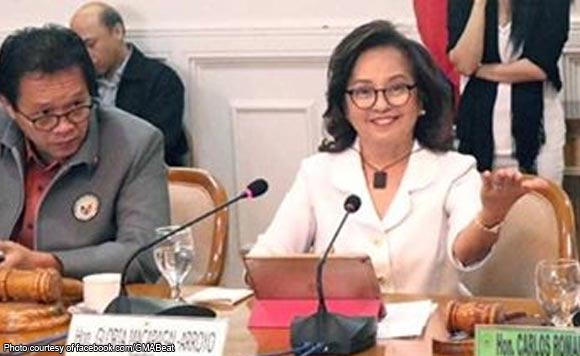 Her public relations team is hard at research, as the House Speaker’s career was never left with a dull moment. On her official Facebook page, the PR team has been doing an #SGMAAlamNyoBaSeries where they inform and/or remind the online public of Speaker Arroyo’s projects. Back when she was president, she initiated building the first ever bio-ethanol power plant in Asia situated at Nueva Ecija. She also signed into law the “Biofuels Act of 2006” to encourage more the use of biofuels that will lessen the country’s dependence on the crude oil industry.

If you want to know more about the speaker’s projects, make sure to follow her Facebook page.

Politiko would love to hear your views on this...
Tags: Gloria Macapagal-Arroyo, Nueva Ecija
Disclaimer:
The comments posted on this site do not necessarily represent or reflect the views of management and owner of POLITICS.com.ph. We reserve the right to exclude comments that we deem to be inconsistent with our editorial standards.