Geraldine Roman: ‘I would have voted no to P1K budget for CHR’ 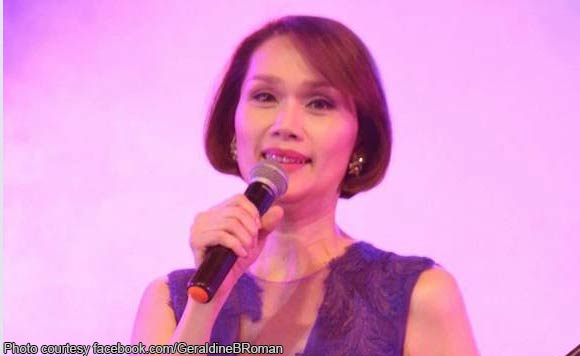 Bataan first-district Rep. Geraldine Roman issued a statement correcting news reports that listed her among the 119 lawmakers who voted in favor of reducing the 2018 budget of Commission on Human Rights to a measly P1,000.

Making a similar excuse as many other House members, she said she was not actually on the plenary floor when voting happened.

“Due to incorrect information being spread on social media, I feel that it is important to tell the truth about my supposed support for the P1,000 peso funding of the CHR. To put all speculations to rest, let me make it clear that I was not at the House of Representatives last September 12 to cast my vote. Not being there, it was impossible for me to have cast my vote,” Roman said.

“Had I been present, I would have upheld the importance of such a crucial government agency like the CHR,” said Roman, the country’s first transgender congresswoman, who recently jumped ship from 2018 budget to the ruling PDP-Laban.

“Statements attacking me for my supposed vote of yes are unfair, unfounded and lack basis. Let us not let hatred, malice, misconceptions, and false news divide us. We can achieve more if we work together in good faith,” Roman said.

Politiko would love to hear your views on this...
Post Views: 0
Spread the love
Tags: 2018 budget, Bataan, Commission on Human Rights, Geraldine Roman
Disclaimer:
The comments posted on this site do not necessarily represent or reflect the views of management and owner of POLITICS.com.ph. We reserve the right to exclude comments that we deem to be inconsistent with our editorial standards.