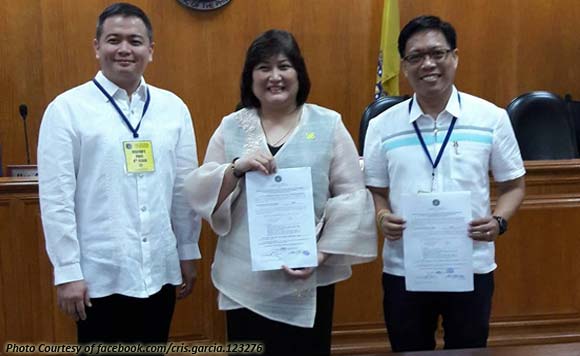 Cristina Garcia is Bataan’s new vice governor after she took her oath on Monday (June 5).

The Garcia camp named the Bataan politiko on May 2016 as substitute to then ailing vice gubernatorial candidate Tet Garcia.

The new vice governor is the chief coordinator of the provincial government’s Iskolar ng Bataan program.

She will replace Board Member Jovy Banzon who was acting vice governor before she was proclaimed by the Comelec.#

Politiko would love to hear your views on this...
Spread the love
Tags: ailing vice gubernatorial candidate, Bataan, Bataan program, Board Member Jovy Banzon, Comelec, Cristina Garcia, Tet Garcia., The Garcia camp
Disclaimer:
The comments posted on this site do not necessarily represent or reflect the views of management and owner of POLITICS.com.ph. We reserve the right to exclude comments that we deem to be inconsistent with our editorial standards.