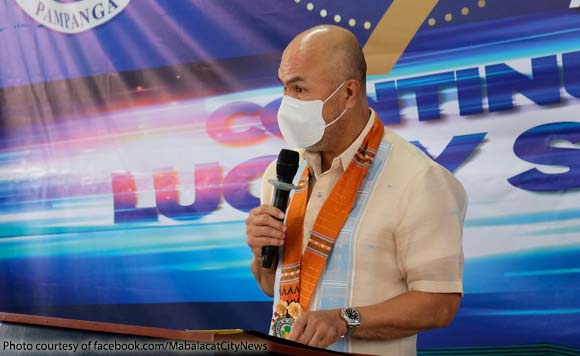 The mayor said the high vaccination rate was to thank for rapidly declining number of Covid-19 cases in the city.

Officials announced on Tuesday the completion of road improvement works in Jaen and Gen. Tinio towns in Nueva Ecija province.

The Department of Public Works and Highways (DPWH) said it was done with upgrades of roads in the two municipalities in Nueva Ecija’s fourth district.

The road improvements spanned 10 kilometers and cost P32.771 million, according to the agency’s information office.

Politiko would love to hear your views on this...
Spread the love
Tags: Mabalacat City, Mayor Crisostomo Garbo
Disclaimer:
The comments posted on this site do not necessarily represent or reflect the views of management and owner of POLITICS.com.ph. We reserve the right to exclude comments that we deem to be inconsistent with our editorial standards.