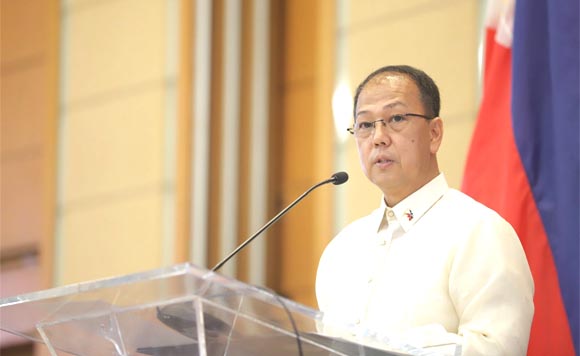 During a recent visit to the province, the official lauded the provincial and local governments for their “swift response to the then increasing cases, particularly in Mariveles town,” according to the Philippine Information Agency.

“You really copied the strength of our strategy and was able to immediately address the cases. From the time that there was a spike in your cases, you were able to bring it down to a 48 percent negative growth in just a matter of two weeks,” he said.

Galvez also cited the sincerity of the province to continuously contain the spread of the disease by taking contact tracing seriously, the PIA report said.

He said that one of the best practices of the province also is its aggressiveness in terms of testing and isolation.

“Testing is important because we have an unseen enemy. In order to see, we have to detect. Testing and contact tracing are our best weapons in this fight,” he said.

As of October 13, Bataan has recorded 2,513 confirmed cases, the third highest in Central Luzon, with 40 deaths and 2,123 recoveries.

Politiko would love to hear your views on this...
Post Views: 0
Spread the love
Tags: Bataan, coronavirus, Covid-19, Mariveles, National Task Force (NTF) Against Covid-19 chief implementer Carlito Galvez Jr
Disclaimer:
The comments posted on this site do not necessarily represent or reflect the views of management and owner of POLITICS.com.ph. We reserve the right to exclude comments that we deem to be inconsistent with our editorial standards.