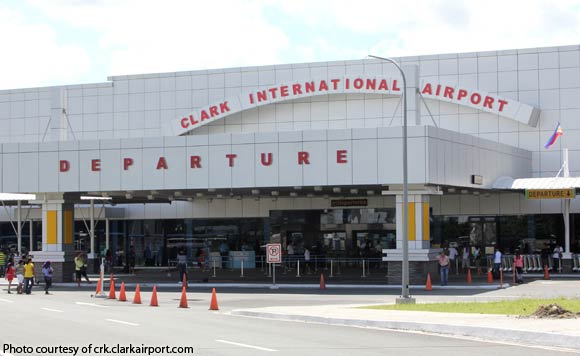 The former said that at least 12 million out of the 36 million passengers using the Ninoy Aquino International Airport come from the northern and Central Luzon provinces.

“Ten to twelve million passengers are recorded to be coming from the northern part of the country. Assuming that 50 percent of the figure plies EDSA en route to NAIA, you have at least six million vehicles clogging EDSA,” Cauguiran said.

The CIAC chief added that the volume of vehicles in Metro Manila will be drastically reduced if travelers from Regions 1, 2 and 3, the Cordillera Autonomous Region, and the CAMANAVA Area (Caloocan, Malabon, Navotas, Valenzuela) will use Clark airport instead of the over-crowded NAIA.

These areas have a combined population of around 24.2 million, a huge market potential of CRK and the airline industry in the country, with studies indicating the inevitable growth in the number of passengers due to the increase in flights at CRK.

Politiko would love to hear your views on this...
Spread the love
Tags: Caloocan, Clark International Airport Corporation, EDSA, executive officer Alexander Cauguiran, Malabon, Metro Manila, Navotas, Ninoy Aquino International Airport, Valenzuela
Disclaimer:
The comments posted on this site do not necessarily represent or reflect the views of management and owner of POLITICS.com.ph. We reserve the right to exclude comments that we deem to be inconsistent with our editorial standards.