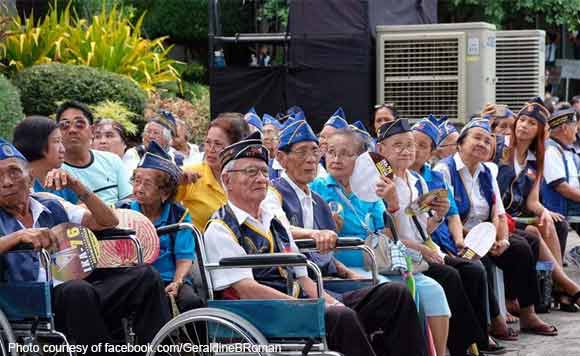 Bataan 1st District Representative Geraldine Roman wants the public to remember the freedom they now enjoy was because countless others sacrificed before them.

The politiko urged Filipinos to remember the bravery of the Filipino soldiers who fought the Japanese forces during World War II as the Philippines commemorated the Araw ng Kagitingan on Monday, April 9.

“Because of the valiant efforts of our heroes who fought with all their heart and soul despite thirst, hunger, and ravaging diseases, the Japanese Army was denied immediate victory,” said Roman.

“Thousands of Filipino and American soldiers died during the fall of Bataan, but their legacy, their gift, is our freedom,” she added.

She said Filipinos today should strive to continue upholding this hard-fought freedom.

“Despite our disagreements with each other, we still have the freedom to speak out and be heard. Just look at social media and you’ll see what I mean,” said Roman.

“This freedom is a gift from our heroes. Let’s honor them by working together and making this country better, healthier, and safer for ALL Filipinos,” she added.

Politiko would love to hear your views on this...
Post Views: 0
Spread the love
Tags: Araw ng Kagitingan, Bataan, Bataan 1st District Representative Geraldine Roman, Filipino, Filipinos, Japanese, Japanese Army, Philippines, World War II
Disclaimer:
The comments posted on this site do not necessarily represent or reflect the views of management and owner of POLITICS.com.ph. We reserve the right to exclude comments that we deem to be inconsistent with our editorial standards.