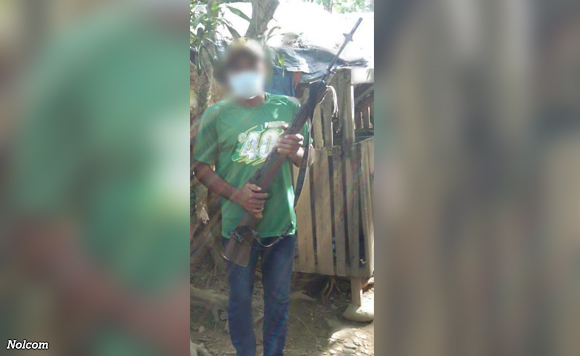 Costelo said the firearm surrendered was an M14 rifle, along with a magazine for M14, and nine rounds of ammunition, which are now at the 91IB headquarters in Baler, Aurora.

He commended Aviendo for his decision to return to the fold of the law and his willingness to start life anew and help the military further weaken the arms capability of the communist terrorists by surrendering his firearm.

Politiko would love to hear your views on this...
Spread the love
Tags: Aurora, Kilusang Larangang Gerilya-Sierra Madre (KLG-SM), New People's Army (NPA), Northern Luzon Command (Nolcom)
Disclaimer:
The comments posted on this site do not necessarily represent or reflect the views of management and owner of POLITICS.com.ph. We reserve the right to exclude comments that we deem to be inconsistent with our editorial standards.