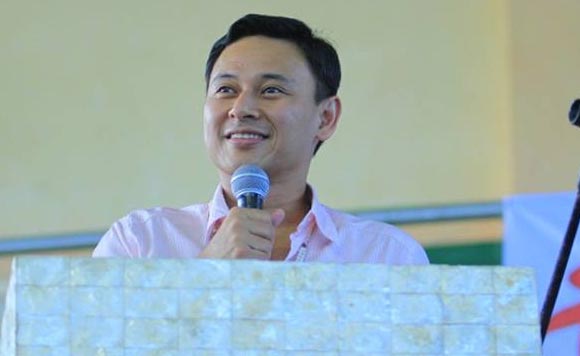 Senator Sonny Angara has called for the swift passage of a bill seeking to boost the country’s gross international reserves (GIR) by granting tax exemptions to small-scale miners who would sell their gold to the Bangko Sentral ng Pilipinas (BSP).

He urged fellow senators to approve the passage of his proposed Gold Bill to ensure the strength of the country’s GIR and promote the Philippines’ greater monetary and external sector stability.

Senate Bill No. 2127 aims to amend the National Internal Revenue Code to make the sale of gold from small-scale miners to the BSP exempt from income and excise taxes.

The proposed legislation is a “win-win” for both the BSP and small-scale miners, said Angara, chairman of the Senate Committee on Ways and Means.

He said the bill would not only allow the BSP to shore up the country’s GIR which dropped to a seven-year low in October, but would also help support the development of the small-scale mining industry as envisioned by Republic Act 7076, or the People’s Small-Scale Mining Act of 1999.

“The proposed legislation would have the effect of assisting the BSP in the fulfilment of its mandate under its charter, returning to the formal sector the sale of gold from small-scale mining, and support the trade of small-scale miners as originally envisioned under RA 7076,” he said.

The GIR is the sum of all foreign currencies, including gold, held by the BSP.

It serves as a buffer to ensure that the Philippines would not run out of foreign reserves that it could use to pay for imported goods and services, or maturing obligations in case of external shocks.

Angara said the measure would enable the BSP to better build up the GIR by buying domestically-produced gold from small-scale miners using pesos.

He noted that buying gold from the domestic market would boost the GIR as opposed to purchasing gold using dollars, which affects the money supply with potential inflationary effects.

He said RA 7076 was enacted to help promote, develop, protect and rationalize viable small-scale mining activities in order to generate more employment opportunities and provide an equitable sharing of the nation’s wealth and natural resources.

Section 17 of RA 7076 provides that “all gold produced by small-scale miners in any mineral area shall be sold to the Central Bank, or its duly authorized representative, which shall buy it at prices comparative with those prevailing in the world market regardless of volume or weight.”

“The bill also helps small-scale miners, who prefer to sell their gold to the BSP, which ensures that they would be able to receive a fair price for their gold, instead of selling the gold to the black market where prices are below market levels,” Angara said.

He noted that the volume of gold sold to BSP declined drastically when the central bank started to withhold and remit to the national government the 2 percent excise tax and 5 percent creditable withholding tax on its purchase of gold from small-scale miners and traders, pursuant to a revenue regulation issued by the Bureau of Internal Revenue.

Between 2005 and 2010, the BSP purchased close to 1 million troy ounces of gold produced by small-scale mining activities, or an equivalent of 2,362 gold bars.

Worse, Angara said, the Philippine gold started showing up in the black markets of other countries such as China, Malaysia, Singapore and Indonesia, depriving the domestic economy of the benefits from having the gold kept in the Philippines.

“In short, the huge reduction in the sale of gold to BSP from small-scale mining activities has constrained the BSP from increasing the level of the country’s [GIR],” he said.