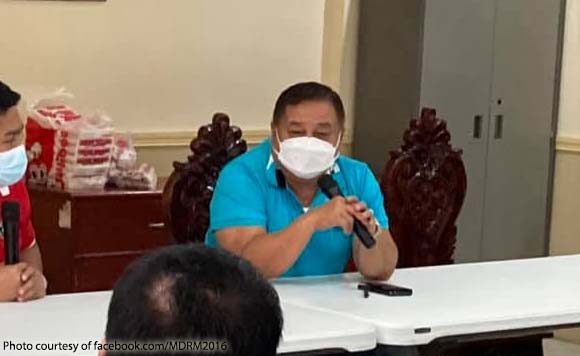 The North Luzon Expressway Corp. has commended the municipal council of Floridablanca in Pampanga province for passing an ordinance to impose tough sanctions on stoning of vehicles in a bid to eliminate such incidents along the Subic-Clark-Tarlac Expressway (SCTEX).

Under Municipal Ordinance 120 or the “Floridablanca Anti-Stoning Ordinance,” stoning and other prohibited acts in SCTEX shall be met with fines.

The ordinance was the municipality’s response to the increasing incidents of stoning, usually committed by minors, that damaged vehicles and caused accidents within the jurisdiction of Floridablanca.

“Our LGU recognizes the adverse effects and gravity of stoning incidents, and these require a more compelling legislation to avert potential accidents and prevent minors from endangering themselves or others,” said Floridablanca Mayor Darwin Manalansan.

“It will also strengthen our communities’ security system and leadership in educating residents, especially minors, on the dangers of stoning and other illegal activities near the expressway,” he said.

The SCTEX and other expressways in the country are limited access facilities under the Republic Act 2000 therefore some acts such as throwing of stones at vehicles traversing the road and ingress or egress to, from or across the expressway except at designated entry/exit points are considered unlawful.

Aside from stoning, other prohibited acts stated in the ordinance are climbing the fence/wall of SCTEX; and wandering, roaming, meandering near SCTEX fence/overpass without any legitimate purpose and for a long period of time.

For minors, the barangay shall require the minor and his/her parents/guardians to undertake community service. These are without prejudice to any claim for damages and to any case that will be filed against the violator/s.

Politiko would love to hear your views on this...
Spread the love
Tags: Floridablanca, North Luzon Expressway Corp., Pampanga
Disclaimer:
The comments posted on this site do not necessarily represent or reflect the views of management and owner of POLITICS.com.ph. We reserve the right to exclude comments that we deem to be inconsistent with our editorial standards.