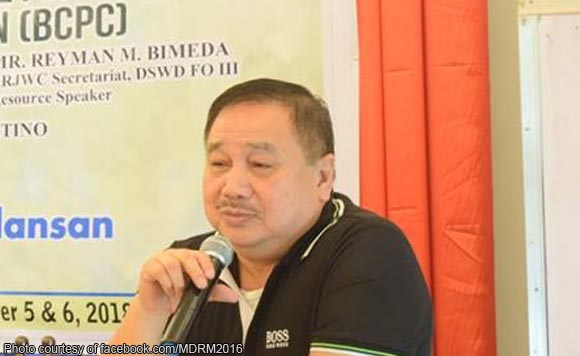 On his Facebook page, Manalansan showed photos of the event that was held in the town’s Barangay Del Carmen.

Boxes labeled with DSWD (Department of Social Welfare and Development were distributed to “indigent constituents of the said barangay.”

“Municipal Mayor Manalansan mentioned that the gift giving program will aid the local government unit of Floridablanca in achieving its vision of uplifting the well-being of its constituents,” the Facebook post said.

The politiko was joined by the other local officials and municipal employees in personally handing out the boxes.

Politiko would love to hear your views on this...
Post Views: 3
Spread the love
Tags: Barangay Del Carmen, Barangay Mawacat, Department of Social Welfare and Development, Facebook page, Floridablanca, House Speaker Gloria Macapagal-Arroyo, Mayor Darwin Manalansan, Mikey Arroyo, Pampanga
Disclaimer:
The comments posted on this site do not necessarily represent or reflect the views of management and owner of POLITICS.com.ph. We reserve the right to exclude comments that we deem to be inconsistent with our editorial standards.