Find out how Nueva Ecijano celebrated Feast of St. John in a different way 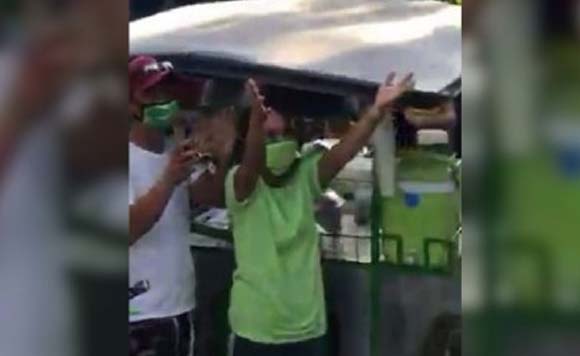 ALIAGA, Nueva Ecija – It was a totally different way of celebrating the Feast of St. John the Baptist or Pagsa-San Juan (Taong Putik Festival) here on Wednesday as the faithful had to avoid mass gatherings amid the coronavirus disease 2019 (Covid-19) health crisis.

Nueva Vizcaya Bishop Elmer Mangalinao, a native of Cabiao town, and parish priest, Rev. Fr. Elmer Villamayor both celebrated a livestreamed holy mass with only a few people in attendance inside the church.

Unlike the Feast of St. John celebrations in previous years, there were also no local or foreign tourists as well as grand food preparations.

Villamayor thanked the faithful for not trooping to the church nor engaging in mass gatherings in adherence to community quarantine protocols.

Nueva Ecija is under modified general community quarantine as per Resolution No. 46-A of the Inter-Agency Task Force for the Management of Emerging Infectious Diseases (IATF-EID).

In his homily, Villamayor called on parishioners to emulate the kind of witnessing for Christ that St. John did in his lifetime. He urged the faithful to stand for truth, like what the town’s patron saint did before King Herod even if it resulted in his death.

Mangalinao said today’s families, community and the country need “the presence of many Johns” who was described by Jesus as “a person of concern”.

He called on St. John’s followers to practice his kind of witnessing, especially during these days.

The parish distributed some food like roasted chicken, to selected families. “Ang handa ay para lang sa pamilya (The prepared foods are for only for the family),” Villamayor said.

After the holy mass celebration, a procession was held around the town to bring the patron saint to the people.

The townsfolk’s devotion to St. John heightened when men in the village were spared from a firing squad in 1944 due to heavy rains, according to elder residents’ accounts.

They said that was after villagers went to the church and prayed hard for their relatives who were about to be executed by Japanese soldiers during World War II. (PNA)

Politiko would love to hear your views on this...
Spread the love
Tags: Cabiao town, Fr. Elmer Villamayor, Nueva Ecijano, Nueva Vizcaya Bishop Elmer Mangalinao, Pagsa-San Juan, St. John the Baptist
Disclaimer:
The comments posted on this site do not necessarily represent or reflect the views of management and owner of POLITICS.com.ph. We reserve the right to exclude comments that we deem to be inconsistent with our editorial standards.