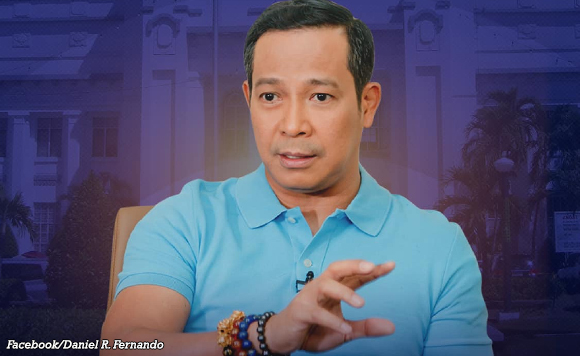 Bulacan Governor Daniel Fernando has halted the issuance of mining permits as well as permits for quarrying, dredging, desilting, and other types of mineral extractive operations in Bulacan province.

The governor said he issued Executive Order 21-2022 to address deterioration of roads caused by the overloading of transport vehicles of land minerals and other commodities.

Fernando held a dialogue with mining stakeholders and other affected sectors led by the Bulacan Environmental and Natural Resources Office (BENRO) on August 24.

Present during the dialogue were the Bulacan Police Provincial Office headed by Col. Charlie Cabradilla, acting Bulacan police director, and several other officials.

“I want your cooperation in this matter. I need your help,” Fernando said.

BENRO head Julius Victor Degala said the province was currently enforcing the “no excessive volume policy” provided under the Provincial Ordinance C-005 or the Environmental Code of the Province of Bulacan.

The EO takes effect in accordance with the provisions of the Local Government Code and will be lifted once the goal is achieved.

Violators shall be fined P5,000 per violation, be imprisoned for not less than six months but not exceeding a year, and have their permits revoked.

Politiko would love to hear your views on this...
Spread the love
Tags: Bulacan, Governor Daniel Fernando, mining
Disclaimer:
The comments posted on this site do not necessarily represent or reflect the views of management and owner of POLITICS.com.ph. We reserve the right to exclude comments that we deem to be inconsistent with our editorial standards.