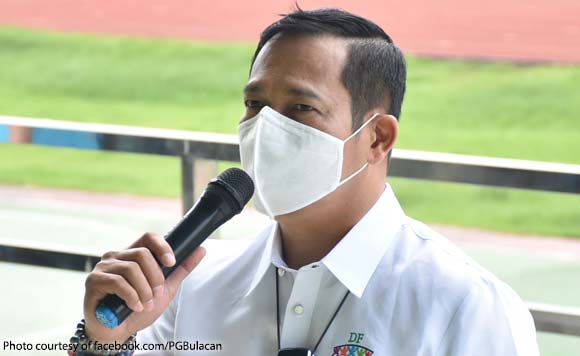 Bulacan Governor Daniel Fernando spoke of his future plans for the development of food security and agriculture in the province.

During the awarding and distribution of High Value Crops Development Program (HVCDP) intervention for farmers affected by Typhoon Quinta and Ulysses held at the capitol, the governor said he plans to develop not only a Farmer’s Training School but also establish a Farmer’s Productivity Center and Provincial Government Multiplier and Breeding Center.

The project to be located in a 25-hectare land in Doña Remedios Trinidad is seen to capacitate the farmers on new farming technology, according to the governor.

He also called on the farmers to teach their children to farm to sustain the agriculture sector.

Politiko would love to hear your views on this...
Spread the love
Tags: agri, Bulacan, Daniel Fernand
Disclaimer:
The comments posted on this site do not necessarily represent or reflect the views of management and owner of POLITICS.com.ph. We reserve the right to exclude comments that we deem to be inconsistent with our editorial standards.