Feaco official says molasses did not cause Pampanga fish kills 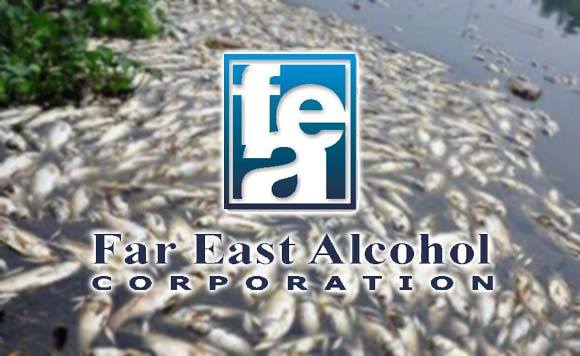 An official of Pampanga-based Far East Alcohol Corporation (Feaco) has denied that the molasses which leaked from their trucks caused the mass fish kill in the province’s river.

The denial came after the Bureau of Fisheries and Aquatic Resources in Pampanga confirmed that hyphoxia or oxygen depletion was the cause of the recent fish kills in the Pampanga River in Macabebe and Masantol towns.

Provincial fishery coordinator Lanie Lamyong said that molasses are considered organic matters which may cause oxygen depletion in the river system.

“We do not accept that we are the cause of fish kill allegedly in the towns of Macabebe and Masantol,” Feaco general manager Anthony Co told reporters during the pecial hearing of the San Fernando City Council.

A report by SunStar said ne of the four storage tanks of the plant containing molasses had broke down, causing the leakage to directly flow towards the river.

Co admitted that there was a molasses leak, but said there’s only a slight possibility that the molasses will flow to the downstream part of the river due to its high density, and was not considered as toxic waste.

Politiko would love to hear your views on this...
Spread the love
Tags: Feaco general manager Anthony Co, Macabebe, Masantol, Pampanga-based Far East Alcohol Corporation, San Fernando City Council
Disclaimer:
The comments posted on this site do not necessarily represent or reflect the views of management and owner of POLITICS.com.ph. We reserve the right to exclude comments that we deem to be inconsistent with our editorial standards.