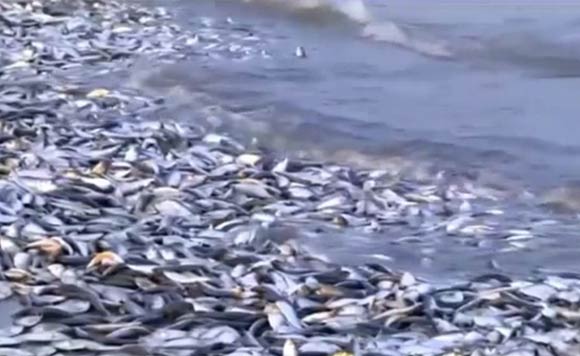 The alcohol firm tagged in the recent mass fish kill in Pampanga vowed to disperse fingerlings into the Pampanga River to replenish the killed fishes and sea creatures.

According to Co, around 2,000 fingerlings will be dispersed in the towns of Macabebe and Masantol, with the assistance of the Bureau of Fisheries and Aquatic Resources (BFAR) for this purpose.

The fingerlings will serve as the corporation’s assistance to families affected by the fish kill.
Far East Alcohol Corporation (Feaco) General Manager Anthony Co had earlier denied that their alcohol plant caused the fish kill, although the corporation claimed responsibility for the spillage of around 65 tons or 46,000 liters of molasses into the Pampanga River.

Politiko would love to hear your views on this...
Spread the love
Tags: Bureau of Fisheries and Aquatic Resources, Far East Alcohol Corporation, General Manager Anthony Co, Macabebe, Masantol, Mercy Simon, Pampanga, Pampanga River
Disclaimer:
The comments posted on this site do not necessarily represent or reflect the views of management and owner of POLITICS.com.ph. We reserve the right to exclude comments that we deem to be inconsistent with our editorial standards.