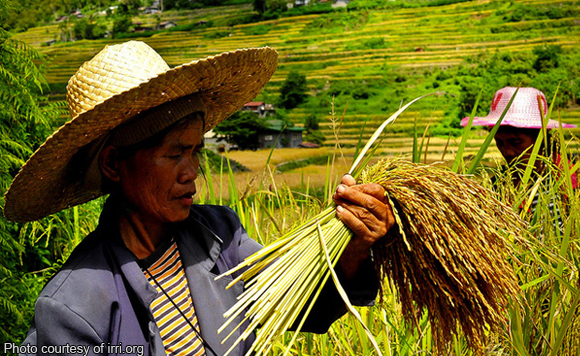 Farmers from the top producing provinces of Pangasinan and Nueva Ecija are calling on government to correct the price distortion on palay, rice and darak if it wants to have rice self-sufficiency for the country.

Darak is a derivative of rice milling operation the output of which is usually sold as feeds for pigs.

Manalo said that there is something wrong in the rice industry when traders are buying fresh palay harvest at ten pesos per kilo or less while darak is sold at P13 per kilo.

He said that it is their theory that there is scarcity of darak in the market causing its price to be high while palay is bought low here in Pangasinan and Nueva Ecija because of the presence of imported and smuggled rice.

He also said that it is irregular that the price of milled rice is not going down even if traders by palay at very low prices.

Politiko would love to hear your views on this...
Spread the love
Tags: darak, Nueva Ecija, Oftociano Manalo Jr, P4MP, palay, Pambansang Mannalon-Maguuma-Magbabaul-Magsasaka ng Pilipinas, Pangasinan, politiko, rice
Disclaimer:
The comments posted on this site do not necessarily represent or reflect the views of management and owner of POLITICS.com.ph. We reserve the right to exclude comments that we deem to be inconsistent with our editorial standards.