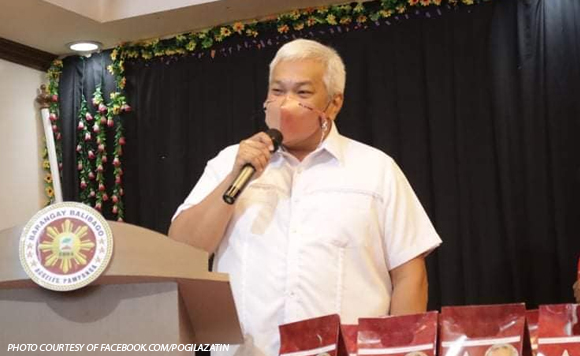 Under Executive Order 30, the mayor prohibited holiday parties among individuals not staying in the same household from December 6 to January 10 next year.

The EO also states the prohibition of any Christmas and New Year parties, reunions, and similar social gatherings for offices, establishments, and companies; reunions with family members who live in different households; reunions with former colleagues and schoolmates; and parties with individuals who are part of the same group or organization.

“Let us not put our guard down,” Lazatin said.

“In this upcoming holiday season, we should be of help to one another in putting an end in this pandemic. Ito naman po ang tunay na kahulugan ng mga selebrasyon na ito — pagmamahalan at pagtutulungan,” he added.

Politiko would love to hear your views on this...
Spread the love
Tags: Angeles City, face-to-face parties, holidays, Mayor Carmelo Lazatin Jr.
Disclaimer:
The comments posted on this site do not necessarily represent or reflect the views of management and owner of POLITICS.com.ph. We reserve the right to exclude comments that we deem to be inconsistent with our editorial standards.