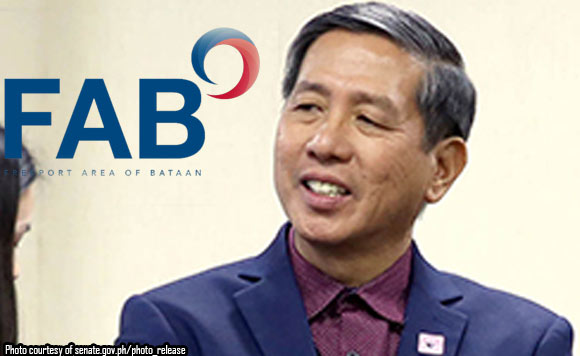 The chairperson of the Freeport Area of Bataan (FAB) recently expressed that a provision in the Tax Reform for Acceleration and Inclusion (TRAIN) Law may affect the Zero Value Added Tax (VAT) privilege of registered locators in the country’s freeports and economic zones.

“The effect of the TRAIN Law on locators depends on the second package which covers investments. The first package focuses more on how to increase the take home pay of employees and higher collections for the Bureau of Internal Revenue,” FAB chairperson Emmanuel Pineda said.

But Pineda clarified that that Congress ruled not to remove the zero vat incentive enjoyed by investors in freeports and economic zones because of good investment climate in Clark (Pampanga), Subic (Zambales), Bataan and the Philippine Economic Zone Authority.

It’s the Department of Finance, he said, that wanted to cancel the incentive. President Rodrigo Duterte vetoed it.

“Our advocacy is for locators to make use of local components in their factories but if the privilege will be removed, they will resort to importing materials where the tax is duty-free. Our intention is good because we want the investors to source more from the local market,” Pineda said.

The Bureau of Internal Revenue has issued an advisory to announce that the zero vat rate is still in effect until the implementing rules of the TRAIN Law is released.

The business group will continue lobbying for the Congress to reconsider the issue to allow more investments to come in, but they said they will respect the President’s decision regarding the matter.

Politiko would love to hear your views on this...
Post Views: 0
Spread the love
Tags: Bataan, Bureau of Internal Revenue, chairperson of the Freeport Area of Bataan (FAB), Clark (Pampanga), economic zones, FAB chairperson Emmanuel Pineda, freeports, Philippine Economic Zone Authority, president Rodrigo Duterte, Subic (Zambales), Tax Reform for Acceleration and Inclusion (TRAIN) law, TRAIN Law, Zero Value Added Tax (VAT)
Disclaimer:
The comments posted on this site do not necessarily represent or reflect the views of management and owner of POLITICS.com.ph. We reserve the right to exclude comments that we deem to be inconsistent with our editorial standards.