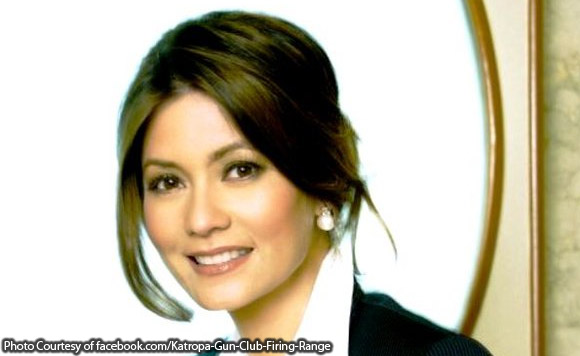 Philippine Ambassador to the United Kingdom Antonio Lagdameo administered Prieto’s oath of office in a ceremony held at the Philippine Embassy in London recently.

Duterte appointed Teodoro as his special envoy to Unicef in recognition of her expertise and reputation as a staunch child welfare advocate, DFA said.

“Her official mandate includes, among others, advising the government on emerging developments in protection of Filipino children’s basic rights to health, education and protection by the state,” the department said.

When Teodoro was still a congresswoman, she was the founder and chairperson of the House Committee on the Welfare of Children.

She is married to Gilberto Teodoro, former secretary of the Department of National Defense, and they have one son.

Politiko would love to hear your views on this...
Spread the love
Tags: 1st District, Antonio Lagdameo, Department of Foreign Affairs (DFA), London, Philippine Embassy, president Rodrigo Duterte, Representative Monica Prieto Teodoro, Tarlac, Unicef, United Kingdom, United Nations Children's Fund (Unicef)
Disclaimer:
The comments posted on this site do not necessarily represent or reflect the views of management and owner of POLITICS.com.ph. We reserve the right to exclude comments that we deem to be inconsistent with our editorial standards.