Ex-pres. Arroyo off to China to seek investments 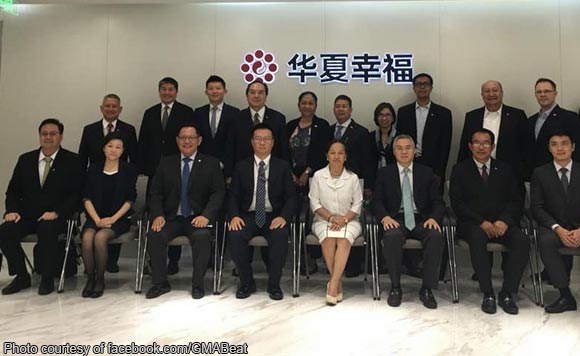 Former President and Pampanga Representative Gloria Macapagal-Arroyo has led a Philippine delegation to China to seek for investments.

On her Facebook page, it said that Arroyo is in Beijing this week for various development projects in Pampanga, Clark Green City and Cagayan Economic Zone by China’s CFLD Investment Pte. Ltd.

The Philippine delegation consists of officials from the Bases Conversion and Development Authority, Cagayan Economic Zone Authority and the provincial government of Pampanga.

Arroyo was recently elected as member of the board of directors of the China-led Boao Forum for Asia.

With her new role, she has vowed to contribute further to the “very good relationsip” between the Philippines and China.

Politiko would love to hear your views on this...
Spread the love
Tags: Cagayan Economic Zone, CFLD Investment Pte. Ltd., China, Clark Green City, Gloria Macapagal-Arroyo, Pampanga, Philippine delegation
Disclaimer:
The comments posted on this site do not necessarily represent or reflect the views of management and owner of POLITICS.com.ph. We reserve the right to exclude comments that we deem to be inconsistent with our editorial standards.