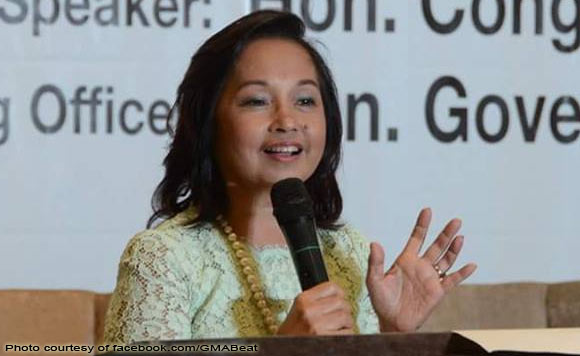 Former President and Pampanga 2nd District Representative Gloria Macapagal-Arroyo has hosted a dinner to some Catholic bishops in her residence in Quezon City.

“It was a social dinner although there were prayers said and there was, of course, a general consensus that the Church and State should work together in upholding the general welfare of the people,” Roque said.

He said the event was traditionally being hosted by the former president.

“She would meet them when she was President. It only stopped when she was in detention in the hospital. But I understand whenever there is a conclave, whenever they have their annual meeting, the former President will host a dinner for some of the Bishops. I had the good fortune of being invited and we had a good number of attendees last night,” Roque said.

Politiko would love to hear your views on this...
Post Views: 0
Spread the love
Tags: La Vista Subdivision, Pampanga 2nd District, Presidential Spokesperson Harry Roque, Quezon City, Representative Gloria Macapagal-Arroyo
Disclaimer:
The comments posted on this site do not necessarily represent or reflect the views of management and owner of POLITICS.com.ph. We reserve the right to exclude comments that we deem to be inconsistent with our editorial standards.