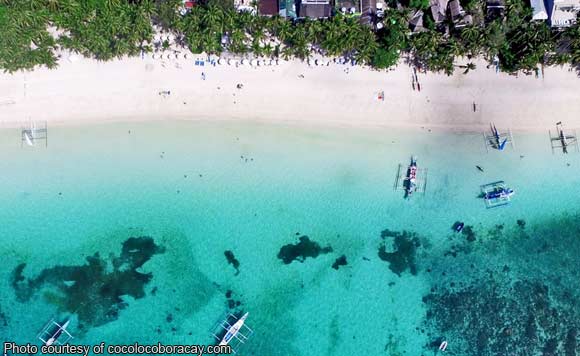 Former President and Pampanga Representative Gloria Macapagal-Arroyo has raised concern that the Philippines may lose the Chinese tourists with the closure of Boracay.

In her recent speech in the Mid-Term Regional Members’ Association Conference of the Federation of Filipino-Chinese Chambers of Commerce and Industry, Inc. (FFCCCII), Arroyo said she did not want the country to suffer the same way as Thailand when a tsunami hit Phuket in 2004.

She noted that about one million Chinese tourists came to the country last year compared to a dismal number during the past administration.

“I mentioned about 1 million Chinese tourists suddenly coming when practically none in the previous administration and so many of them go to Boracay. And now Boracay will be closed on April 26 for a few months,” she said.

“I do not want to happen to the Philippines what happened to Phuket when the tsunami (happened) in Phuket. We benefited because those honeymooners went to Boracay and other parts of the Philippines and stayed in the Philippines since then,” Arroyo said.

She urged the Chinese-Filipino community in the country to be active in making Chinese tourists feel at home in the country because they are familiar and comfortable with many Chinese customs and traditions.

Arroyo also asked them to help in introducing other tourist destinations in the Philippines to the Chinese tourists.

“I would want those Chinese tourists who know only Boracay to be able to go to other parts of the Philippines rather than go to Bali or Phuket. You, the Filipino Chinese members of the Federation, in your own areas, I hope you would be able to bring them to other areas that are unknown to China, so we don’t lose them to Phuket and to Bali,” she said.

President Rodrigo Duterte has ordered the closure of Boracay in Aklan for six months beginning April 26.

The closure will pave the way for the rehabilitation of the island, which Duterte said was like a “cesspool.”

Politiko would love to hear your views on this...
Spread the love
Tags: Association Conference of the Federation of Filipino-Chinese Chambers of Commerce and Industry Inc., Boracay, Chinese tourists, Mid-Term Regional Members, Pampanga Representative Gloria Macapagal-Arroyo, Philippines, Phuket, tsunami
Disclaimer:
The comments posted on this site do not necessarily represent or reflect the views of management and owner of POLITICS.com.ph. We reserve the right to exclude comments that we deem to be inconsistent with our editorial standards.