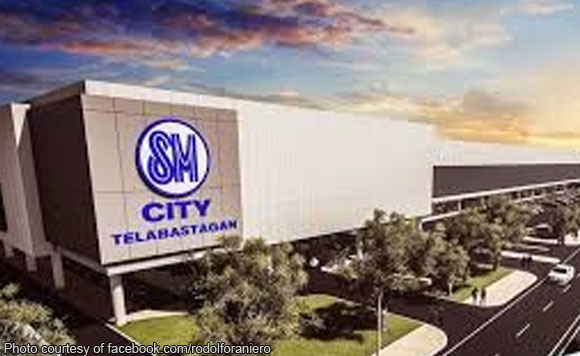 Former President and Pampanga Rep. Gloria Macapagal-Arroyo and Pampanga Governor Lilia Pineda graced Friday, May 18, the opening of another SM mall in the province.

The two officials joined the executives of SM Prime Holdings, Inc. in the grand opening of new SM City Telabastagan located along the McArthur Highway, according to the provincial government.

“The unwavering support of our fellow Pampangueños and the fast-growing economy of the province have led us to open yet a new mall, this time in Telabastagan,” SM Prime President Jeffrey C. Lim said in a statement on May 17.

Politiko would love to hear your views on this...
Spread the love
Tags: Pampanga Governor Lilia Pineda, Prime President Jeffrey C. Lim, Rep. Gloria Macapagal-Arroyo, SM City Clark, SM City Pampanga, SM City San Fernando Downtown, SM City Telabastagan
Disclaimer:
The comments posted on this site do not necessarily represent or reflect the views of management and owner of POLITICS.com.ph. We reserve the right to exclude comments that we deem to be inconsistent with our editorial standards.