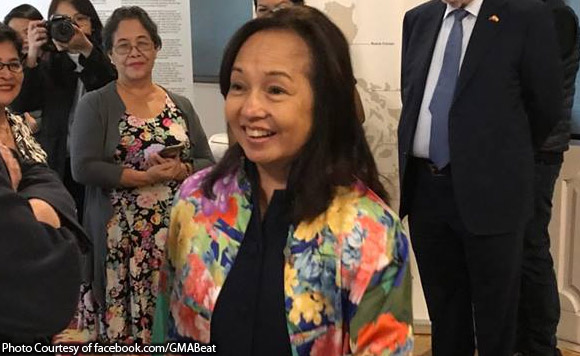 Former President and Pampanga 2nd District Representative Gloria Macapagal Arroyo has underscored the importance of the Energy Regulatory Commission (ERC) to the Filipinos.

Arroyo made the remarks during her attendance at the recent 17th anniversary celebration of the ERC, which was established during her term when Republic Act No. 9136 or the Electric Power Industry Reform Act was signed into law.

“You have achieved a lot, and if ERC were not around, none of those benefits to the people of the Philippines would have been around. So do not bash yourselves and do not allow others to bash ERC,” she said as quoted by the ERC on its statement released Wednesday, July 4.

Among the accomplishments in the energy sector that Arroyo cited were the establishment of the Wholesale Electricity Spot Market (WESM) in Luzon and Visayas and in Mindanao later this year, the interconnection of the Luzon and Visayas grids to the Mindanao grid, the 91 percent electrification of the households, the implementation of prepaid electricity and net metering for consumers with solar panels, reduction of the system loss caps, and the adoption of net settlement surplus.

She said that these would not have been possible without the ERC’s participation.

Politiko would love to hear your views on this...
Post Views: 1
Spread the love
Tags: 2nd District, Electric Power Industry Reform Act, Energy Regulatory Commission (ERC), energy sector, Luzon, Mindanao, Pampanga, Representative Gloria Macapagal-Arroyo, Republic Act No. 9136, Visayas, Wholesale Electricity Spot Market (WESM)
Disclaimer:
The comments posted on this site do not necessarily represent or reflect the views of management and owner of POLITICS.com.ph. We reserve the right to exclude comments that we deem to be inconsistent with our editorial standards.