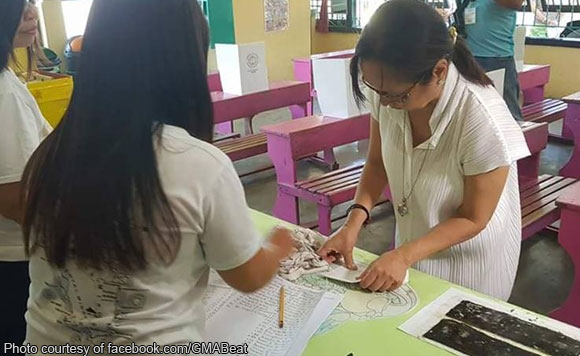 Former President and Pampanga Rep. Gloria Macapagal-Arroyo exercised Monday her right to vote for the barangay and Sangguniang Kabataan elections.

Arroyo cast her votes at the Lubao Central Elementary School in Pampanga.

Almost 9,000 police personnel have been deployed in Central Luzon, including Pampanga, to ensure peaceful and orderly elections.

But the Philippine National Police recorded that at least 33 died in allegedly poll-related incidents nationwide.

Politiko would love to hear your views on this...
Spread the love
Tags: barangay and Sangguniang Kabataan elections., Central Luzon, Gloria Macapagal-Arroyo, Lubao Central Elementary School, Pampanga, Philippine National Police
Disclaimer:
The comments posted on this site do not necessarily represent or reflect the views of management and owner of POLITICS.com.ph. We reserve the right to exclude comments that we deem to be inconsistent with our editorial standards.