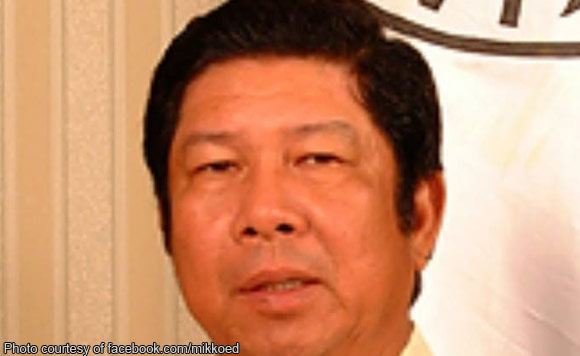 Former Nueva Ecjia Governor Tomas Joson III has sought the dismissal of the graft charges against him over the alleged donations of government vehicles.

Joson has filed a motion before the Sandiganbayan 7th Division to allow him to submit a demurrer to evidence which asked the dismissal of the case due to the insufficiency of evidence presented during the trial.

“The State’s theory is simply perching on speculation, not on facts,” he pointed out in his motion.

The case stemmed from the 2007 donation of five vehicles to the towns of Quezon and Bongabon when his nephew, Eduardo Basilio, had been the mayor of Quezon at that time.

“The subject properties did not at all leave the Province of Nueva Ecija and are currently with, and being used by its constituent Municipalities,” he assured.

The Office of the Ombudsman which filed the case alleged the donations exceeded the provisions of Sangguniang Panlalawigan Resolution No. 37-A, s-2007, which only authorized the donation of heavy equipment.

Politiko would love to hear your views on this...
Spread the love
Tags: Bongabon, Eduardo Basilio, Former Nueva Ecjia Governor Tomas Joson III, Ombudsman, Province of Nueva Ecija, Quezon, Sandiganbayan 7th Division, Sangguniang Panlalawigan Resolution
Disclaimer:
The comments posted on this site do not necessarily represent or reflect the views of management and owner of POLITICS.com.ph. We reserve the right to exclude comments that we deem to be inconsistent with our editorial standards.