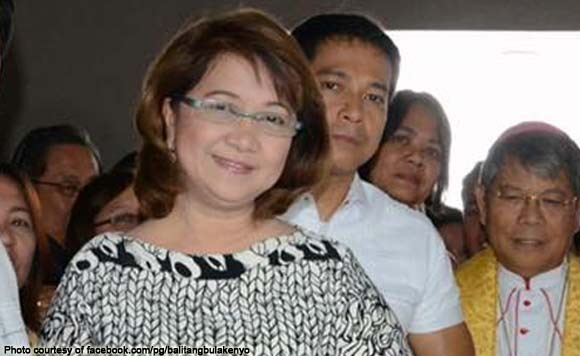 Records showed that in January 2008 P3million of Alvarado’s PDAF was released for a project under the DSWD’s Protective Services for Individuals and Families in Difficult Circumstances under the Comprehensive and Integrated Delivery of Social Services (CIDSS) program.

The investigation conducted by the Ombudsman found that P1 million was found to have been transferred to the account of the DSWD Regional III Office at the CRBB to allegedly to establish a micro-financing scheme under the CIDSS program.

Citing National Budget Circular No. 476, the Ombudsman pointed out “PDAF allocations should be directly released only to those government agencies identified in the project menu.”

“It did not authorize the direct release of funds to CRRB, a cooperative rural bank,” read its resolution.

The Ombudsman stressed “since the PDAF is for a public purpose, it may not be allocated for funding a private banking institution such as CRBB, a private stock corporation which operates primarily for profit and for the benefit of its members only.”

It added “the DSWD’s Protective Services Program provides a range of interventions or financial assistance to individuals, families, and communities in crisis or difficult situations, such as those affected by or vulnerable to disasters.”

Politiko would love to hear your views on this...
Post Views: 1
Spread the love
Tags: Adelina Apostol, Cooperative Rural Bank of Bulacan, Former Bulacan 1st District representative Ma. Victoria Sy-Alvarado, Maria Piedra, Mely Pangilinan, Minda Brigoli, Nestor Custodio, Ombudsman, PDAF, Sandiganbayan
Disclaimer:
The comments posted on this site do not necessarily represent or reflect the views of management and owner of POLITICS.com.ph. We reserve the right to exclude comments that we deem to be inconsistent with our editorial standards.