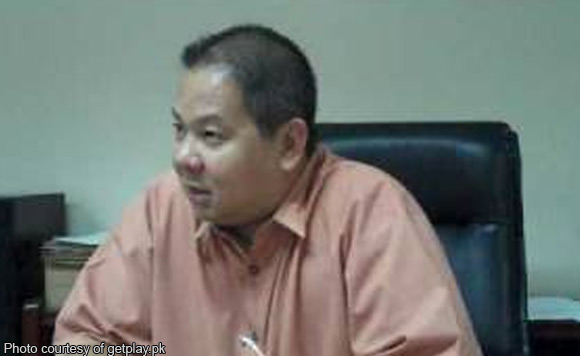 The Commission on Audit (COA) has found former Dinalupihan, Bataan mayor Joel Payumo liable for the P53 million pork barrel funds which went to the bogus foundations of Janet Lim-Napoles.

In a four page decision dated Feb. 24, 2017, the COA Proper upheld the audit findings that there were irregularities in the government’s release of P53 million to the Napoles NGOs People’s Organization for Progress and Development Foundation Inc. (POPDFI) and Kaupdan Para sa Mangunguma Foundation Inc. (KPMFI).

The COA thus ordered Payumo to return to the government treasury the disallowed PDAF.

The COA said the PDAF project for the implementation of agricultural assistance and livelihood projects stemmed from the memorandum of agreement (MOA) Payumo entered into with the Napoles foundations.

At least P38 million of the PDAF went to POPDFI while P15 million went to KPMFI through Land Bank checks issued by the municipal government between January 2012 to April 2013.

In 2014, municipal auditors issued notices of disallowance against the release of these funds to the Napoles NGOs due to violations of the procurement law and the absence of public bidding.

Auditors also said these foundations lacked the qualifications to implement the projects.

But the COA Proper granted Bislig’s appeal to be cleared of liability, noting Bislig’s letters to Payumo’s office objecting the MOA as well as on the release of the funds to the two NGOs.

“This Commission finds the written correspondences of the petitioner addressed to former Mayor Payumo sufficient and, thus, should operate to exempt/ relieve her from liability for the subject Nds. Ms. Bislig had made known her objections and reservations in several letters to the then Municipal Mayor. Given so, she ought to be excluded from liability,” the COA said.

He served as undersecretary for political affairs when he was appointed by former president Benigno Aquino III in 2015.

Politiko would love to hear your views on this...
Post Views: 21
Spread the love
Tags: Bataan, Dinalupihan, former president Benigno Aquino, Janet Lim-Napoles, Jinggoy Estrada, Joel Payumo, Juan Ponce Enrile, Kaupdan Para sa Mangunguma Foundation Inc, memorandum of agreement, People’s Organization for Progress and Development Foundation Inc, pork barrel fund, Senator Loren Legarda, Sevilla Bislig
Disclaimer:
The comments posted on this site do not necessarily represent or reflect the views of management and owner of POLITICS.com.ph. We reserve the right to exclude comments that we deem to be inconsistent with our editorial standards.