Ex-Air Force vs ex-Navy: The battle for Pag-Asa Island mayor 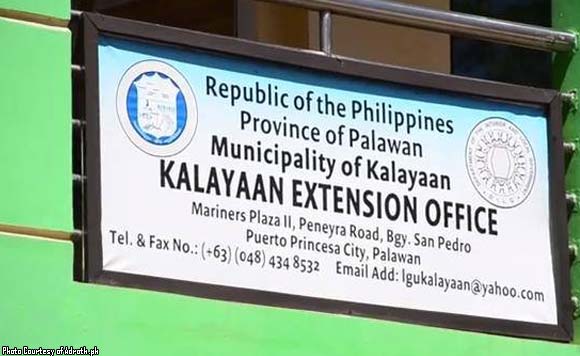 The remote municipality of Kalayaan on Pag-asa Island, Palawan and its more than 200 registered voters are all set for Monday’s mid-term elections.

This, after its sole vote counting machine (VCM) and two Commission on Elections (Comelec) personnel tasked to supervise the polls were transported to the island via the Air Force’s C-295 medium transport aircraft on Thursday.

Lilibeth D. Ustare, Election Officer II, in an interview with the Philippine News Agency (PNA), said she is not anticipating any problem or trouble during the election.

However, Ustare said, she is not taking any chance, that is why they have brought with them an extra VCM should the lone machine assigned to the municipality suffer some technical difficulties on election day.

She said it was her first time on Pag-asa Island as she used to be the election officer of Cagayancillo town, which is the nearest settlement to the Tubbataha National Marine Park.

On her arrival to Pag-asa Island, the first order of business for Ustare and her lone administrative aide, was to supervise the inspection and testing of the VCM, which was done by the election board.

Watching on the sidelines were Comelec commissioners Al Parreño, Antonio Kho, and Luie Tito Guia. In a nutshell, the VCM was activated after the election board entered their designated codes in the machine.

To test if the machine is operational, 10 island residents were called in to take part in the voting dry-run, where nine out of 10 participants successfully cast their votes. One ballot was considered invalid.

After these tests, the VCM was sealed, to be opened for Monday’s elections. And like any other precinct in the Philippines, voting in the municipality of Kalayaan will start at 6 a.m. and ends at 6 p.m.

On election day, Pag-asa residents will elect the provincial governor, vice governor, provincial board members, and district representative; the town mayor, vice mayor, and members of the municipal council of Kalayaan; and national candidates for senators and party-list groups.

The mayoral seat of the Kalayaan Island Group is being contested by independent candidate and incumbent Roberto del Mundo, a retired Air Force officer, and former Navy commander, Rodrigo Jaca.

Military lauded for election assistance Parreño, in another interview, thanked the military for the assistance they have extended in transporting materials needed to conduct the elections on Pag-asa Island.

This includes the Armed Forces of the Philippines’ Western Command, which facilitated the transport of the equipment, the Comelec personnel, and the various Army, Navy, Marines, Air Force, Coast Guard and police personnel assigned to the island.

The poll body official also lauded the efforts of security personnel in protecting the island and serving democracy in the process.

When asked why the Comelec decided to conduct the elections on Pag-asa Island despite its distance, the Comelec official replied, “Every vote counts.”

Earlier, AFP Chief of Staff, Gen. Benjamin Madrigal Jr., said the military will extend everything within its authority to secure the elections and provide, at all times, possible land, air, and water craft and communication assets in support of the Comelec’s implementation of the election laws.

“In this juncture, I would like to challenge every soldier, policeman, public servant and our fellow Filipinos to work together and remain vigilant during this crucial time in our history,” the AFP chief added. (PNA)

Politiko would love to hear your views on this...
Spread the love
Tags: Al Parreño, Antonio Kho, Commission on Elections, Election Officer II, Lilibeth D. Ustare, Luie Tito Guia, municipality of Kalayaan, officer of Cagayancillo town, Pag-asa Island, Palawan, Philippine News Agency, vote counting machine
Disclaimer:
The comments posted on this site do not necessarily represent or reflect the views of management and owner of POLITICS.com.ph. We reserve the right to exclude comments that we deem to be inconsistent with our editorial standards.