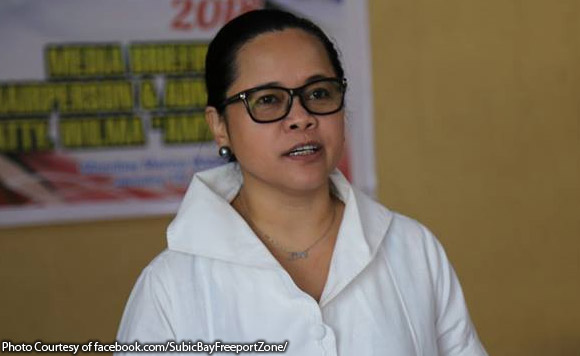 The Subic Bay Freeport is prepared to host some of the sporting events in next year’s Southeast Asian (SEA) Games.

Eisma attended the Southeast Asian Games Federation (SEAGF) Council Meeting at the Shangri La Hotel inside the Bonifacio Global City on Thursday, May 17.

“We want Subic Freeport to be known as the Sports Tourism Destination of Southeast Asia,” she said.

At least nine different sporting events are expected to take place inside the freeport during the 2019 SEA Games to be held in the Philippines.

Politiko would love to hear your views on this...
Spread the love
Tags: Chairperson Wilma T. Eisma, Commissioner Arnold Agustin, Philippine Sports Commission (PSC), Southeast Asia, Sports Tourism Destination, Subic Bay Freeport, Subic Bay Metropolitan Authority (SBMA), Subic Freeport
Disclaimer:
The comments posted on this site do not necessarily represent or reflect the views of management and owner of POLITICS.com.ph. We reserve the right to exclude comments that we deem to be inconsistent with our editorial standards.