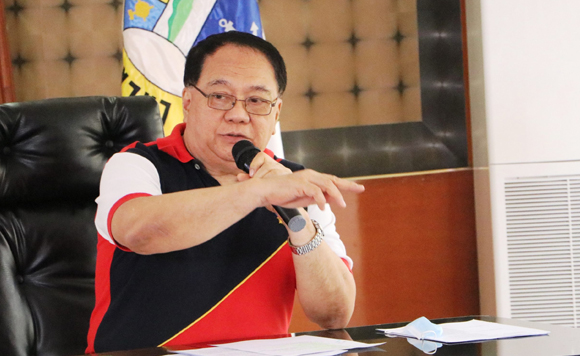 “If I am not mistaken, there are actually 12 factors involved in counterinsurgency efforts, but of course, what we must first do is to understand the problem, come up with a right government response, which starts with good governance, and of course the whole-of-nation approach employing all government resources in resolving the problem,” he said.

Ebdane, chair of the Regional Peace and Order Council, made the remarks during the virtual Barangay Levelling Session on the Localization of Executive Order 70.

“Because I believe that insurgency in our country is really a political problem that needs a political solution,” the governor said.

The session for Zambales and Olongapo officials was the second levelling session in Central Luzon after Aurora.

Similar sessions will be conducted in Pampanga and Angeles City on June 7, Bulacan on June 8, Nueva Ecija on June 9, Tarlac on June 10 and Bataan on June 11.

Politiko would love to hear your views on this...
Spread the love
Tags: NTF-ELCAC, political problem, political solution, Zambales Governor Hermogenes Ebdane Jr.
Disclaimer:
The comments posted on this site do not necessarily represent or reflect the views of management and owner of POLITICS.com.ph. We reserve the right to exclude comments that we deem to be inconsistent with our editorial standards.