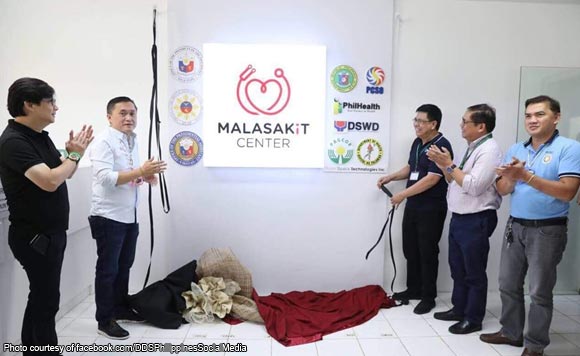 The 10th of its kind in the country, the center, a brainchild of Go, is a one-stop shop for government agencies to provide financial assistance to indigent Filipinos in need of medical attention.

The Malasakit Center was opened at the Jose B. Lingad Memorial Regional Hospital in San Fernando City. Some local politikos, including Pampanga 3rd District Rep. Aurelio “Dong” Gonzales, Jr. and Vice Governor Dennis Pineda, were present at the launching.

Go, who is rumored to be eyeing a seat in the Senate next year, urged the different agencies taking part in the Malasakit Center “to wholeheartedly aid the Filipinos who are in need of their service,” a statement issued by his office said.

He then visited some patients at the hospital’s Emergency Ward and gave some assistance.

The chief presidential aide announced that Duterte is in good health and is in fact scheduled to visit on Wednesday the wake of five personnel of the Philippine Drug Enforcement Agency who were killed in Lanao province.(END)

Politiko would love to hear your views on this...
Spread the love
Tags: president Rodrigo Duterte, Rep. Aurelio "Dong" Gonzales Jr., Secretary Christopher Lawrence "Bong" Go, Vice Governor Dennis Pineda
Disclaimer:
The comments posted on this site do not necessarily represent or reflect the views of management and owner of POLITICS.com.ph. We reserve the right to exclude comments that we deem to be inconsistent with our editorial standards.