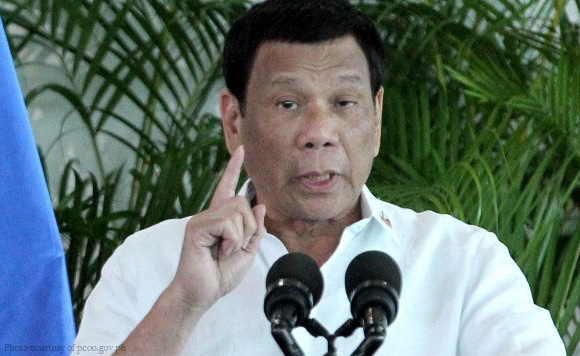 President Rodrigo Duterte is scheduled to visit Pampanga today to assess the extent of damage caused by Monday’s earthquake in Region 3.

Duterte will conduct a situation briefing on the effects of magnitude 6.1 earthquake at the Pampanga Provincial Capitol later this afternoon.

The National Disaster Risk Reduction and Management Council (NDRRMC) on Tuesday said a total of seven people died, 81 injured, and 24 missing were reported in the region.

At least 32 structures sustained damages due to the earthquake that occured in Zambales province and was felt in nearby areas, the NDRRMC noted.

Politiko would love to hear your views on this...
Tags: earthquake, extent of damage, magnitude 6.1, Pampanga, president Rodrigo Duterte, quake-hit, visit
Disclaimer:
The comments posted on this site do not necessarily represent or reflect the views of management and owner of POLITICS.com.ph. We reserve the right to exclude comments that we deem to be inconsistent with our editorial standards.