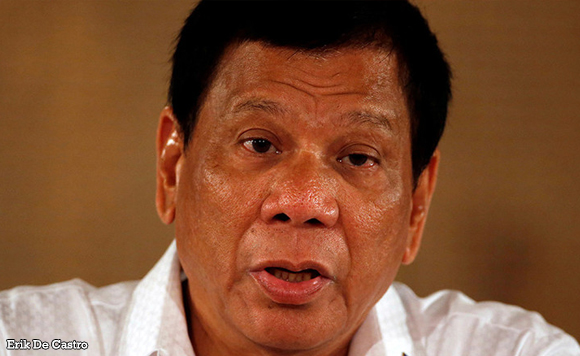 A barangay councilor from Hagonoy, Bulacan received curses and a scolding from President Rodrigo Duterte on national television after he was arrested for allegedly pocketing portions of the cash aid for poor families in his village.

In his late-night televised address, Duterte personally called out Danilo Flores of Barangay San Agustin for the alleged act of corruption.

“Mayors, kindly, kindly look into the people that you have commissioned to do the distributions of money, like this Barangay Councilor Danilo Flores of Agustin, Hagonoy, Bulacan,” he said.

The 63-year-old Flores was arrested after he was caught on video telling recipients of the social amelioration program they would only receive P3,000 cash aid, while P3,500 would be given to the mayor for distribution to non-SAP beneficiaries.

He was arrested for violating the Anti-Graft and Corrupt Practices Act and for violation of the Bayanihan Act.

Politiko would love to hear your views on this...
Spread the love
Tags: Covid-19, Hagonoy, president Rodrigo Duterte
Disclaimer:
The comments posted on this site do not necessarily represent or reflect the views of management and owner of POLITICS.com.ph. We reserve the right to exclude comments that we deem to be inconsistent with our editorial standards.