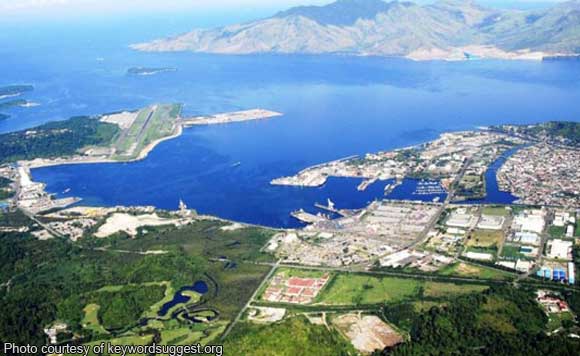 A representative of Executive Secretary Salvador Medialdea said that their office was currently drafting an executive order to rectify the problem for review and signing by the President.

Lawyer Eulogio Sabban told the House ad hoc committee chaired by House Majority Leader Rodolfo Fariñas and the special committee on bases conversion headed by Rep. Emi Calixto-Rubiano that he could not reveal the details of the EO until it was signed by the President.

Dino is claiming to be the true SBMA leader under Executive Order (EO) 340 signed by then President Gloria Macapagal Arroyo in 2004.

Eismaks claim to leadership was based on Republic Act 7227 or the “The Bases Conversion and Development Act of 1992” which covers the SBMA.

During the hearing on the issue, Fariñas said it was against the law to have two administrators in SBMA. He said RA 7227 should take precedence in the appointment of the SBMA administrator which meant the Eisma and not Dino should give the direction to SBMA.

Diño agreed to hold in abeyance an administrative order upon the recommendation of Malabon Rep. Federico Sandoval II.

The administrative order according to Sandoval “purports to create a task force, reporting to him (Diño), that is intended to inspect, monitor, and review business operations and the financial safety and security of the SBMA.”

Sandoval said these are acts that are beyond the SBMA Chairman’s powers and duties under the law.
Oriental Mindoro Rep. Reynaldo Umali said the problem stemmed from the unwarranted issuance of EO 340.

Umali, chairman of the committee on justice, said locators at the freeport could not be left hanging while the two heads are fighting.