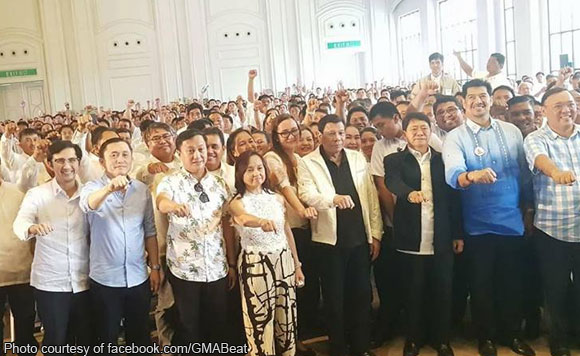 Central Luzon must be feeling lucky, because two Philippine presidents witnessed the oath-taking of its new barangay officials.

In attendance too were Special Assistant to the President Bong Go and Department of Interior and Local Government Officer-in-Charge Eduardo Año.

Politiko would love to hear your views on this...
Post Views: 0
Spread the love
Tags: ASEAN Convention, Clark, Department of Interior and Local Government), Eduardo Año, president Rodrigo Duterte, Special Assistant to the President Bong Go
Disclaimer:
The comments posted on this site do not necessarily represent or reflect the views of management and owner of POLITICS.com.ph. We reserve the right to exclude comments that we deem to be inconsistent with our editorial standards.