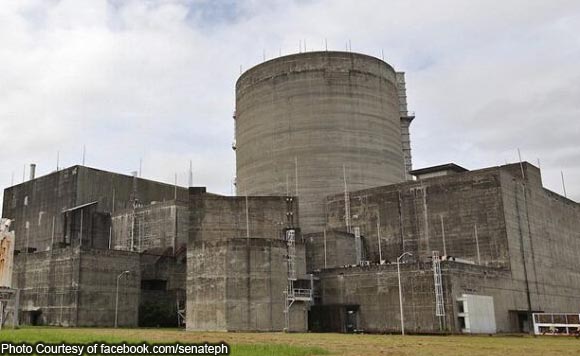 President Rodrigo Duterte’s decision to shun the use of nuclear energy as part of efforts to augment the country’s power supply garnered him the warm thanks and approval of the Diocese of Balanga, Bataan.

“We, especially the Diocese of Balanga, are so grateful and very appreciative of the decision of President Duterte to rule out tapping the nuclear power plant. It shows his concern for the safety of all people and his care for the environment,” Bataan Bishop Ruperto Santos said

He also reiterated their stance against the opening of the Bataan nuclear power plant, noting that it is “not needed” and will only be “a source of graft and corruption”.

Santos instead called for the use of alternative energy sources of energy like solar energy.

“Let us stop insisting on the rehabilitation of the Bataan nuclear power plant. The president has spoken, so be it. Thank you, Mr. President,” the prelate added.

Duterte earlier rejected proposals to use nuclear energy to decrease power costs, assuring that nuclear power plants will not be operational under his administration.

“Maybe someday, (but) not during my presidency,” he added.

The late president Ferdinand Marcos ordered the plant built in 1976 in response to rising energy prices. It was finished in 1984 but was never used.

Politiko would love to hear your views on this...
Post Views: 0
Spread the love
Tags: Bataan, Bataan Bishop Ruperto Santos, Bataan Nuclear Power Plant, Diocese of Balanga, president Rodrigo Duterte
Disclaimer:
The comments posted on this site do not necessarily represent or reflect the views of management and owner of POLITICS.com.ph. We reserve the right to exclude comments that we deem to be inconsistent with our editorial standards.