Duterte to Clark airport officials: No more luggage theft or get fired 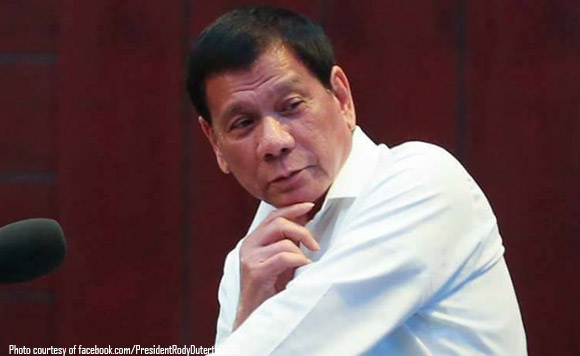 Following reports of luggage theft involving the staff of Clark International Airport (CRK) in Pampanga, President Rodrigo Duterte urged airport officials to make sure that no luggage pilferage will happen again or else all of them would be fired from their posts.

The President made the warning during the launch of the Overseas Filipino Bank on Thursday, after learning about the case of the overseas Filipino worker (OFW) who lost some of the items in his luggage in the hands of several CRK staff.

“Kanina tinawag ko sila. Sinabi ko sa manager, ‘yan dalawa, in front of Tugade, I said, ‘A similar and one more incident and all of you will go.’ Look for another job. Be sure na walang zipper mabukas diyan,” Duterte said.

The OFW identified as Jovenil dela Cruz arrived on Dec.23, 2017, and was told by the staff that he will be notified once his baggage arrives at the airport. It was on January 10, 2018, when he and his wife decided to follow up on their baggage at the airport, only to know that employees of Miascor have it since Dec. 24.

The airport firm compensated Dela Cruz for the lost items, amounting to P82,824.00.

The six employees involved in the pilferage incident were charged with theft by the Clark International Airport Corporation last week.

Politiko would love to hear your views on this...
Post Views: 0
Spread the love
Tags: airport, Clark International Airport (CRK) in Pampanga, Clark International Airport Corporation, Jovenil dela Cruz, luggage, Miascor, Overseas Filipino Bank, overseas Filipino worker (OFW), president Rodrigo Duterte, Transportation Secretary Arthur Tugade
Disclaimer:
The comments posted on this site do not necessarily represent or reflect the views of management and owner of POLITICS.com.ph. We reserve the right to exclude comments that we deem to be inconsistent with our editorial standards.