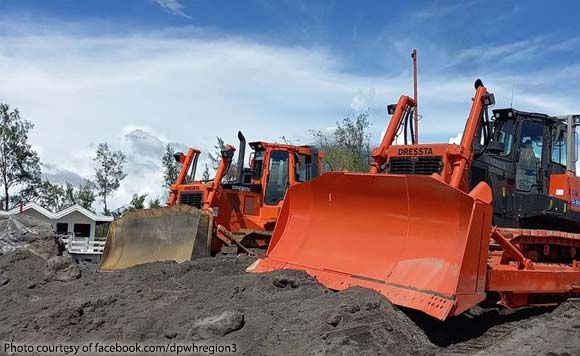 A team from the Department of Public Works and Highways (DPWH) in Central Luzon sent a team to the Bicol region to assist in the clearing operations following the destruction of Super Typhoon “Rolly,” according to the Philippine Information Agency (PIA).

“In several instances, we have been supporting all the calamity response efforts of the Department. In fact, in January this year, we deployed our personnel and equipment to Batangas after the Taal Volcano erupted,” Tolentino added.

DPWH Region 3 likewise provided logistical assistance to hospitals during the height of the enhanced community quarantine, according to the report.

Tolentino said most of the District Engineering Offices (DEO) in Central Luzon are still clearing obstructions due to landslides after the onslaught of Typhoon “Ulysses” that rendered roads and bridges impassable until now.

“We have properly coordinated our pre-disaster plans to local government units through the local disaster risk reduction management offices,” he said.

“Personnel and equipment were immediately pre-positioned and our DEOs have continuously monitored the typhoon,” Tolentino added.

“Our DEOs immediately implemented their respective post-disaster response activities. That is the reason why we managed to promptly act on the damages on our roads brought by the typhoon,” he said.

Politiko would love to hear your views on this...
Spread the love
Tags: Bicol clearing, Department of Public Works and Highways, DPWH, DPWH-Region 3, operations
Disclaimer:
The comments posted on this site do not necessarily represent or reflect the views of management and owner of POLITICS.com.ph. We reserve the right to exclude comments that we deem to be inconsistent with our editorial standards.