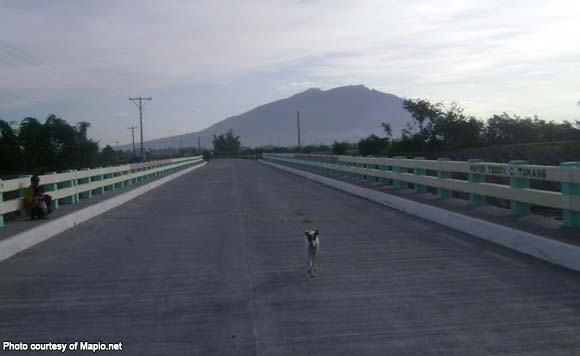 The P60.4-million Mexico Bridge connecting the Pampanga town to the region’s economic center was inaugurated on Saturday.

The Department of Public Works and Highways (DPWH) led by Engineer Almer Miranda and Pampanga Rep. Aurelio Gonzales led the inauguration rites, according to a Philippine News Agency report.

The bridge connects the town to Jose Abad Santos Avenue, which serves as a major link to the provinces of Nueva Ecija, Bataan, and Zambales.

Miranda said the replacement of the dilapidated bridge was crucial since JASA was one of Pampanga’s major arterial roads with an annual average daily traffic of almost 30,000 vehicles.

He also vowed to preserve and maintain the integrity and usability of the New Mexico Bridge, a critical component of Pampanga’s infrastructure, according to the report.

Politiko would love to hear your views on this...
Post Views: 44
Spread the love
Tags: Department of Public Works and Highways, economic center, Mexico Bridge, Rep. Aurelio Gonzales
Disclaimer:
The comments posted on this site do not necessarily represent or reflect the views of management and owner of POLITICS.com.ph. We reserve the right to exclude comments that we deem to be inconsistent with our editorial standards.