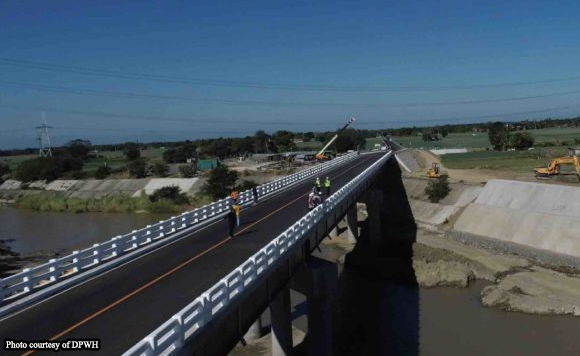 The Department of Public Works and Highways (DPWH) announced that it has completed two connectivity projects that will bring convenience to motorists traveling from Sto. Domingo to the towns of Aliaga and Talavera.

“The DPWH firmly believes that the newly built roads and bridges will greatly contribute to the enhancement of inter-town connectivity in this part of Nueva Ecija,” he added.

The construction of the 2.20-kilometer road and the 90.80-meter bridge that traverse barangay Dolores in Sto. Domingo and barangay San Carlos in Aliaga received a budget of P233.5 million.

A total of P234.4-million was released by the national government for the construction of a 2.40-kilometer road including the 153.50-meter bridge that now connects Barangay San Agustin in Sto. Domingo and Barangay Pag-asa in Talavera.

Politiko would love to hear your views on this...
Spread the love
Tags: Aliaga, DPWH, Sto. Domingo, Talavera, The Department of Public Works and Highways
Disclaimer:
The comments posted on this site do not necessarily represent or reflect the views of management and owner of POLITICS.com.ph. We reserve the right to exclude comments that we deem to be inconsistent with our editorial standards.