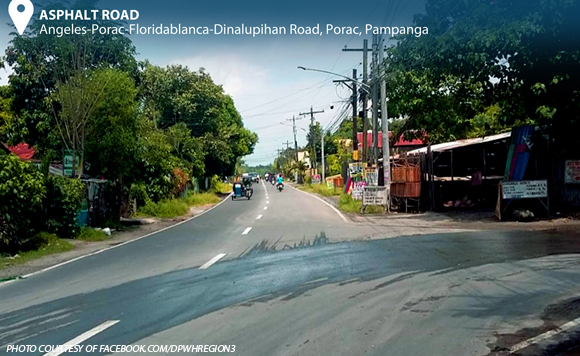 The Department of Public Works and Highways announced that it has completed the improvement of the 1.247-kilometer portion of the Angeles-Porac-Floridablanca-Dinalupihan Road.

“Our office maintains the 28.34-kilometer segment of this secondary road that connects Angeles City in Pampanga and Dinalupihan in Bataan,” he said in the report.

“It is estimated that more than seven thousand vehicles pass through here daily and traffic load is one of the reasons for the deterioration of the road pavement,” Audea was quoted as saying.

The report said the project involves the application of concrete overlay in which the appropriate thickness was determined to accommodate the additional traffic loads hence extending pavement life and provide a good driving surface for motorists.

Politiko would love to hear your views on this...
Spread the love
Tags: Department of Public Works and Highways, Engineer Gregorio Audea Jr., Pampanga-Bataan
Disclaimer:
The comments posted on this site do not necessarily represent or reflect the views of management and owner of POLITICS.com.ph. We reserve the right to exclude comments that we deem to be inconsistent with our editorial standards.